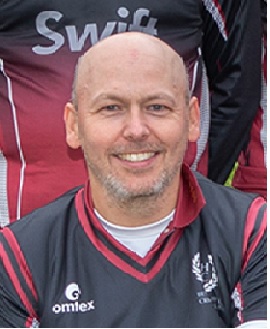 The second team travelled to Sunderland on a bright April’s day, with 6 changes from the previous weeks defeat to Tynemouth, with Hynd, Fletcher, Jones and Moore returning after being unavailable, 15 year old Freddie McGregor making his 2nd XI debut for Heather who was promoted to the first team and 14 year old Jayam Patel also making his debut instead of Aatif who was feeling the affects of his fasting.

The seconds won the toss and elected to bat on a green looking Sunderland pitch. The Hill started brightly with Kilpatrick and Torre opened the bowling Kilpatrick passing the bat on a number of occasions.  The first wicket was a run out and the hill kept taking wickets throughout the power play with some excellent catching, with the best being a spectacular one handed catch from Nadella. Nadella and Safi came on and kept the pressure on and when Torre finished his spell with 4/37, the hill were well on top reducing Sunderland to 76/7. However some sensible batting from no 8, Smith (30*) and no 9 Coates (15) showed some late order resistance and that there were no demons in the pitch. The Hill lost their focus and way for a bit in the field and a few extras were also added. However the returning Kilpatrick broke the 65 run partnership and a quick run out and a wicket for Jones wrapped up the innings in 39 overs for 143.  A pleasing fielding display on a very bumpy outfield, especially by the 2 juniors who never put a foot wrong on a very challenging outfield! The wickets again being spread around with Kilpatrick (1/15), Nadella (1/29), Safi (1/23) & Jones (1/26) all adding to Joe Torre’s 4 wickets and the 2 run outs.

Moore and Hynd opened up against 2nd XI player of the year Haseeb and Moore played in typically positive and aggressive fashion striking some lovely drives for 4 up the ground. Sunderland rotated the bowling to try and make a break through but the score continued to climb quickly and Moore soon passed 50. Hynd was eventually out when he played on for 43 from 58 balls when the score was 124. This brought debutant  McGregor to the crease. Moore continued to press on and hit the winning runs in the 24th over leaving him 87 not out from 81 balls in a decisive 9 wicket victory.

Overall a pleasing performance with bat, ball and in the filed.  However one area that we will have to improve on is the amount of extras we concede in the coming weeks as it was the top scorer with 36, which is too high.

The league is starting to take shape with a number of sides unbeaten and next week we play a tough Ashington side at the Hill who have same record as ourselves, so another tough challenge ahead.

The scorecard is available here https://benwellhill.play-cricket.com/website/results/5024779