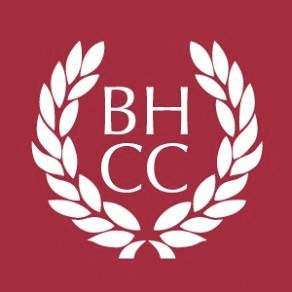 September When it Comes

That time of the season when the nights draw in, the fixture schedule becomes a mess as unplayed cup ties are squeezed in and opportunities to succeed become at a premium. In other words it`s now or never for 2018.

There is still much to play for – the Second Team have their League Cup Final tomorrow afternoon at the Hill and at the same venue the following Sunday the First Team attempt to retain the League Cup. In both cases we face strong opposition from old rivals Chester-le-Street. Please come along to support our boys.

All the Leagues conclude in the next week or two –for BHCC I think it is fair to say it has been a Summer of `nearlys` and `could have beens` but at the same time for this Muppet it has been generally progressive and enjoyable. Our crop of Junior Cricketers- both boys and girls-is the best it has ever been in my 35 years and if they continue to develop and work at their games we will remain strong contenders in all the cricket we play.

Off the field we have also made progress. Some financial stability has been achieved thanks to much hard work from those who organise functions and manage our resources. The new Squash Court Floor represents a major investment for BHCC and Martin Avery and his team lead the way in self help and are an example to all.

I remain ever grateful to the Directors and Committee of BHCC – not only do they keep me relatively sane but they also give countless hours to make OUR Club on track. We met on Wednesday to discuss affairs of state and even talked about Cricket for a while. The big news for members is that subscription rates will be increased in 2018/19 for all except our Social Member backbone. The increase is the first for years so I hope all will understand the need – believe me we are still a great deal cheaper than many of our rivals.

The other main news is that at the end of this month the Tennis Club will become part of the Club. More information on this to follow in October.

Two final things – The Annual Dinner is on November 3 – can we pack the Club? On Sunday September 16th 10.30 am start we will be hosting Benwell & Cricket Club in the first 100 game staged in the North East. Well according to me it is anyway. This game represents our Presidents Day and we have invited our old rivals to join us as part of their 150 Anniversary Celebrations. There will be a buffet in the Club at about 1.00pm for members, players and guests.

# September when it Comes – great song by Johnny & Roseanne Cash

In a cracking high scoring game against Morpeth the Hill prevailed by 6 runs to win the Tyneside Charity Bowl for the 12th time in our history (we...

Following a number of incidents and complaints last weekend, members and guest are reminded that ALL dogs must be kept on a lead and under control at...

Benwell Hill will host Morpeth this Sunday (1st August). The game will start at 2pm and be 20 overs a side. Good luck lads

The 1st XI and 2nd XI completed an impressive double over Washington over the weekend. At the Hill, the 1st XI had a convincing 8 wiicket...