14 June - v Backworth (h) won by 51 runs. The Hill batted first scoring 154, Abu Siddique top scoring with 52 (retired), Freddie McGegorer next best with 31, and there was a useful 17 not out from Warren Poxon at the end of the innings. Backworth were then dismissed for 103, with 2 wickets each for Owen Blackburn, Haydon Mustard and Jayem Patel, 1 wicket each for Luke Nellis, Hassan Ahmed and Logan Ramshaw.

21 June - v Newcastle (h) won by 61 runs. The Hill batted for scoring 156 for 5. Haydon Mustard top scoring with 50 not out (retired) and Logan Ramshaw scoring 33. Newcastle finsihed on 95 for 2, 1 wicket each for Abu Siddique and Warren Poxon.

13 June - we had a 112 run victory over Tynemouth B team. We batted first scoring a superb 152 for 3 in our 20 overs, and then dismissed Tynemouth for 40. Full details to follow.

20 June - we had a 80 run victory over Ponteland. Despite losing 2 wickets in the 1st over, we batted superbly to score 142 for 4, with Rory Mustard, Warren Poxon and Ibrahim Tayabb all scoring 30 before having to retire, there was also a quick fire 17 from Fergus Wallace in the last few overs. We then bowled out Ponteland in the last over for 62, 2 wickets each for Ben Robinson and Fergus Wallace, 1 each for Mayaank Reddy, Jacob Nellis, Ellie Fogan and Aaron Armstrong.

13 June - Playing away at Stocksfield the team batted first. Sai and Ibrahim both batted well to help lead the team to a net total of 245. The team then put in a really good fielding and bowling performance to restrict Stocksfield to a score of 193. Highlights were three wickets for Freddie and a good run out by Hector.

20 June - Continuing the run of away games we had a trip to South North. Although we managed to limit South North to a score of 231 there were also some dropped catches and missed run out opportunities.  Nicholas led the way picking up two wickets for one run. After three pairs and some powerful hitting by Gabriel and Ibrahim we were on 232 but we came up against some very straight and quick bowling from South North and lost several wickets. We almost managed to recover but ended up losing by 4 runs.

There was a terrific turn out of 40 members and guests for the 2021 Benwell Hill Golf Day at Ponteland Golf Club on Sunday 10th August, and it was old...

Membership Cards to be reintroduced

Please note that we are reintroducing the membership card discount system with effect from Monday 11th October. You will be asked to...

Thank you for everyone who provided their ideas on areas they think may be improved within the club. We are currently working through the list & will... 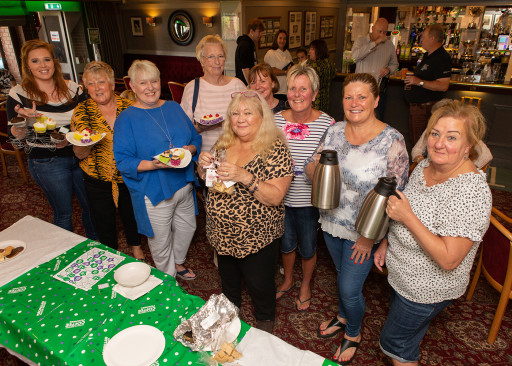 Congratulations to Anne Frisken and her group of merry helpers, who organised the Macmillan Coffee Morning at the Hill last Saturday (25th September)....