Junior results round up - Under 15s progress to Vitality Cup final, Ellie Fogan in the wickets for the Under 13s

Its been a busy couple of the weeks for the Hill juniors at Under 15, Under 13 and Under 11 levels.

Under 11 training and matches have been impacted by the weather over the last few weeks. We managed just over half a game against South North (on 16th May) before the rain become too heavy. The team bowled and fielded really well in challenging conditions with a wet ball and slippy outfield.  We managed to limit South  North to a net score of 244 and took three good catches and got two run outs. Unfortunately we only managed 3 overs before the rain made the conditions unplayable but it would have been an interesting run chase against a strong team.

Last Sunday (23rd May) the team faced Newcastle at home and this time we managed to fit the game in around the rain. The Hill batted first with Sai, Gabriel, Seb and Charlie all reaching double figures with some powerful hitting to post a net score of 287. Tight bowling and good fielding meant that the Newcastle innings never really got going and they ended on 213 with six different bowlers picking up wickets.

We have had a great turnout to training on Tuesday and it has been really pleasing to see players develop their  game and confidence over the last 6 weeks.

The Under 13s had a tremendous victory against South Noth reds on 16th May. Fantastic bolwing from Ellie Fogan (4 for 12) helped reduce the home side to 96 for 6 in their 20 overs. We thgen chased down the total for loss of only 3 wickets in the 17th over. Aaron Armstrong with 24 not out and Warren Poxon with 27 not out seeing us home safely.

Last Sunday (23rd May) we were involved in nail biter, narrowly losing to Tynedale by 9 runs in the Under 13 Vitality Cup competition. Tynedale posted 107 for 9, largely down to an excellent 47 not out from Ted Fletcher, there were 2 wickets each for Warren Poxon, Aaron Armstrong and Ellie Fogan, 1 each for Ben Robinson, Jayem Patel and Harsh Patel. Despite stumbling to 9 for 4, we put up a tremendous effort put fell just short in our chase, Rory Mustard and Ibrahim Tayabb both scoring 26, and Fergus Wallace with 24. Great game, good luck to Tynedale in the Semis.

The Under 15s lost another fixture to the weather on Monday 17th May, however we were involved in another nail biter on Tuesday 18th May, with a last ball victory at Tynemouth in the Under 15 Vitality Cup competition. A team largely made of Under 13s due to county fixture clash and unavailablity, did the club proud. We bowled first, 3 wickets for Ibrahim Tayabb, 2 for Jayem Patel, helped keep Tynemouth to 92 for 9 in their 20 overs. After a slow start, we were left needing almost 8 an over in final 10, but Freddie McGregor with 27, Jayem Patel with 22 and young Rory Mustard with 18, saw us home, Rory hitting a 4 ball on the final ball to win the game.

On Monday 24th May, we played the Semi final on the same competition against Stocksfield at the Hill. This time it proved to be a comfortable victory. We restricted Stocksfield to only 54 for 9 off 20 overs, Owen Blackburn, Jayem Patel and Luke Nellis all getting 2 wickets each. Haydon Mustard with 35 not out, scoring the bulk of our runs, as we won by 8 wickets.

Its been a busy few weeks for the juniors, here is a quick round up of recent games. Under 15s Monday 31 May - Where better...

Here are the events we currently have arranged so far at the Hill this Summer Friday 11...

As the sun continues to shine on Benwell Hill herewith an update on matters that I hope will be of interest to Members of the Club. First... 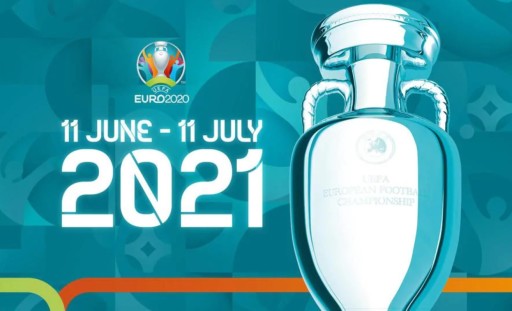 Euro 2021 Predictor Competition - £75 in bar vouchers up for grabs

How would you like to win £50 or £25 in Benwell Hill bar vouchers? Well here is your chance in our FREE to enter Euro 2020 predictor...